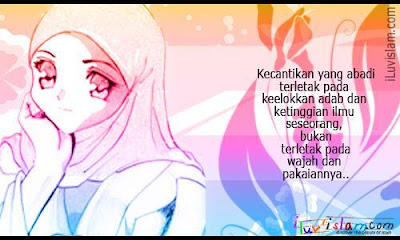 The beauty of a woman is not only in her physical features, but rather in her character, personality, and in her piety. A woman who is able to face the world with a smile and graciousness in the event of trials and struggles, and can stand tall knowing that she is working for a home in paradise, radiates a light and glow that cannot be hidden. People, both men and women, will stand before God on equal basis, and on that point, hijab and dress in general helps us to remind ourselves that we are similar before Allah except in our deeds and levels of piety.

Out of modesty and virtue a women will cover her hair with a scarf and wear modest clothing which is loose and does not describe the shape of her body, exposing only her hands and face. Different countries have different styles of hijab. And women feel beautiful wearing it knowing that she is pleasing Allah and maintaining her dignity. Additionally, she is treated in a manner where people look at her for who she is, not for what she is wearing, or how she looks. As we like to say…………….

I chose to cover my head,